Anasuya Bharadwaj is an Indian television presenter and actress who works in Telugu cinema and television. For her roles in Kshanam (2016) and Rangasthalam (2016), she got two SIIMA Awards, an IIFA Utsavam Award, and a Filmfare Award South (2018). She turned down a number of early movie offers in favour of working as a TV anchor for Sakshi TV. 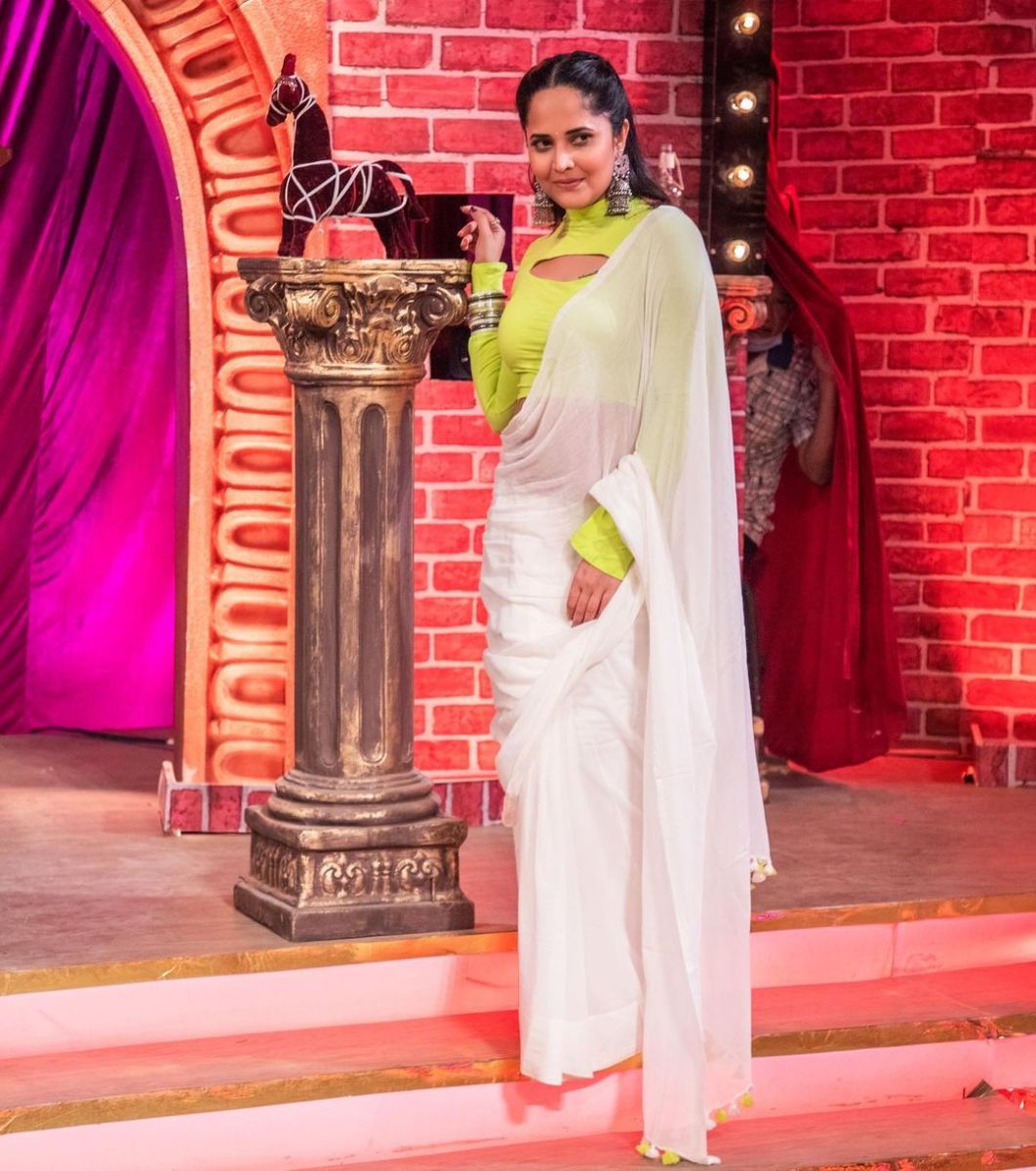 Bharadwaj worked as an anchor on Maa music after working as a news presenter for Sakshi TV. She worked on the films Vedam and Paisa as a dubbing artist. She then worked as a TV anchor on the comedy show Jabardasth. Her career was boosted by the show. In 2016, she starred alongside Nagarjuna in the film Soggade Chinni Nayana. Later that year, she made her acting debut in Kshanam, in which she played a negative lead character. She received critical appreciation for her performance as Rangamatta in Rangasthalam. She played Dakshayini in Pushpa: The Rise, which propelled her career forward.