Raashi Khanna (born 30 November 1990) is an Indian actress, and model who predominantly works in the Telugu and Tamil language films. 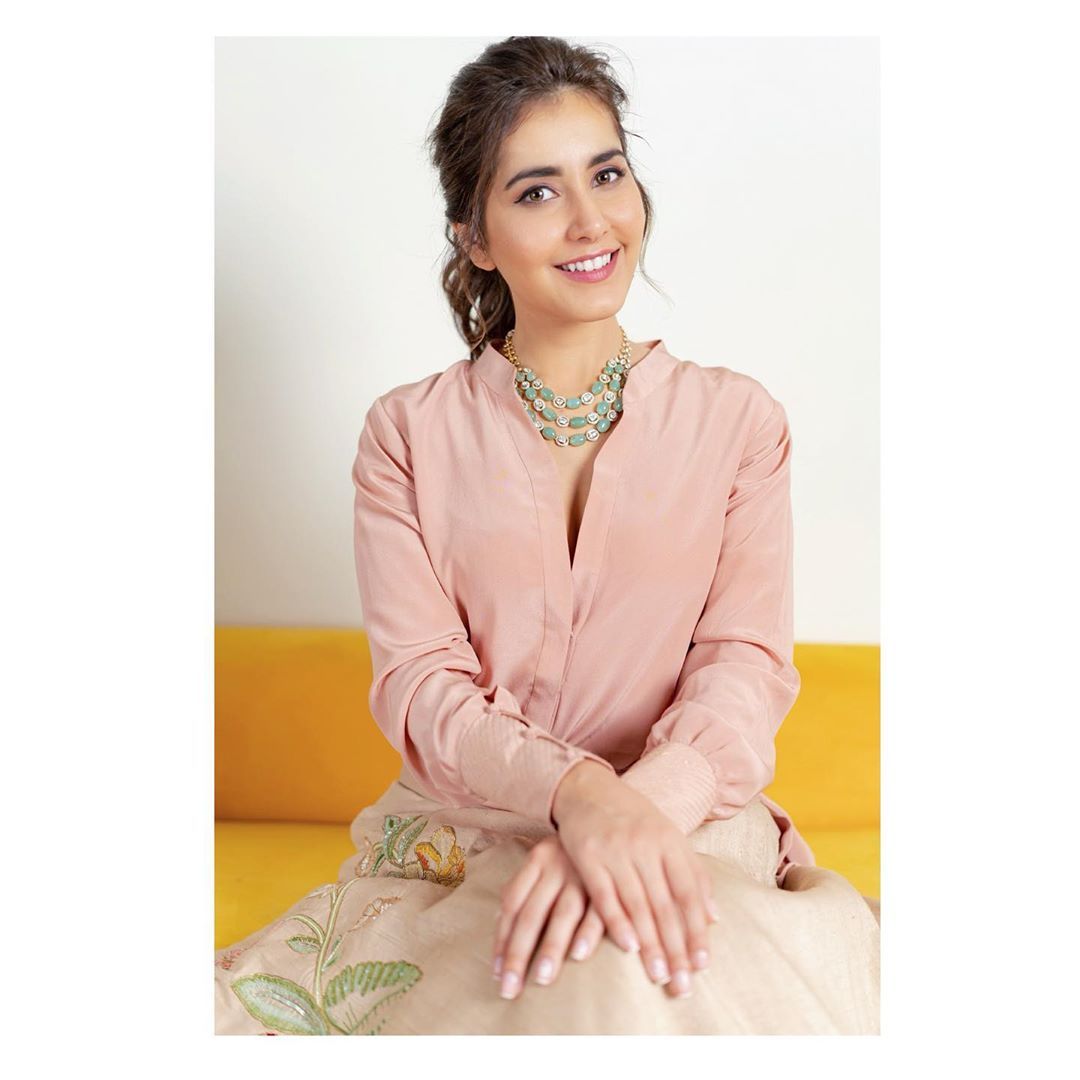 She debuted as an actress with the Hindi film Madras Cafe and made her debut in Telugu with the film Oohalu Gusagusalade (2014), in Tamil with the film Imaikkaa Nodigal (2018). She followed this with a cameo appearance in Manam (2014). Later she appeared in commercially successful films like Bengal Tiger (2015), Supreme (2016), Jai Lava Kusa (2017) Tholi Prema (2018).