Vani Bhojan is an Indian film actress, television actress and former fashion model. She is best known for her role as Sathya in the TV series Deivamagal for which she was awarded the Sun Kudumbam Viruthugal for Best Actress in 2018. She made her Telugu debut Meeku Maathrame Cheptha (2019) and Tamil debut Oh My Kadavule (2020). 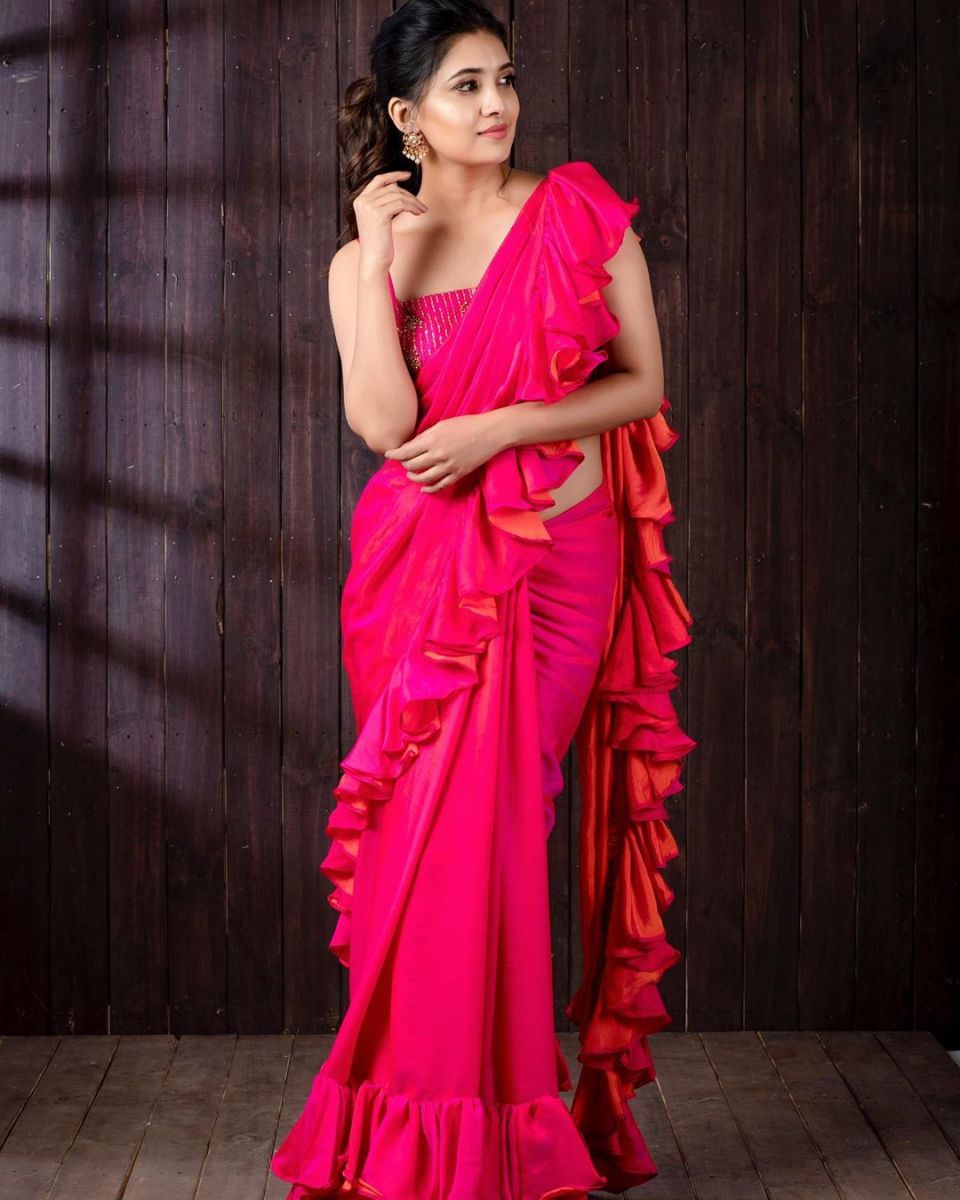 After her studies, Bhojan joined as Air Hostess in Kingfisher Airlines and her family shifted to Chennai from Ooty. Her friend suggested her to do Modelling. While she was doing modeling she got an opportunity to act in Jaya TV series called ‘Maya’ in 2012. After Maya, Bhojan got a leading role in the TV series Aaha serial which was telecasted in Vijay TV. After Aaha was completed, Vani got a big opportunity in Sun TV Deivamagal in a leading role opposite to Krishna (TV actor).